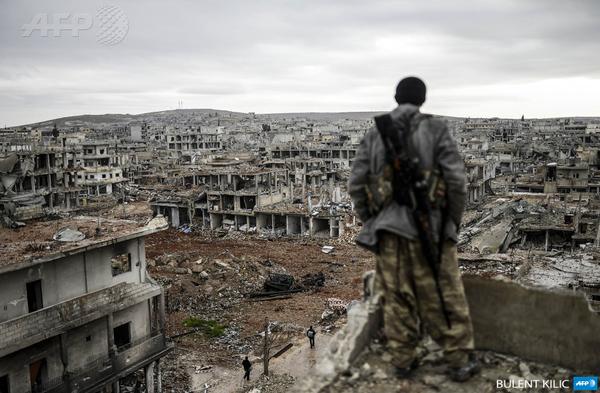 END_OF_DOCUMENT_TOKEN_TO_BE_REPLACED

In an increasingly violent Middle East, where strategic alignments and military alliances are as hard to untangle and comprehend as ever, perhaps the sole remaining point of unification across the region is the condemnation of the Islamic State (IS). Since sweeping into public consciousness in mid-2014, the brutality of the group’s actions, in accordance with their strict, Salafist interpretation of Islam, may have served to draw in thousands of Muslims with similarly unpleasant doctrinal views, but has also led to rapid censure from Riyadh to Tehran, Baghdad to Cairo, Damascus to Ankara.

END_OF_DOCUMENT_TOKEN_TO_BE_REPLACED Hizb ut-Tahrir. Haven’t heard of them? Well you might soon, they’re giving a talk tomorrow night in Sydney and it’s sure to make the news.

Meaning the Party of Liberation, they are an Islamist (politicised Islam) group who aim to bring all Muslims together to form one state, the Caliphate, the Islamic State. On Friday the 10th of October they will be hosting a public lecture in Sydney which will be arguing against Australia and the West’s ‘humanitarian mission’ to deal with IS.

END_OF_DOCUMENT_TOKEN_TO_BE_REPLACED

Having had little ‘down time’ since the US led invasion of Iraq in 2003 and the earlier one in Afghanistan, Australia is heeding the call-to-arms of our strongest ally to take out the Islamic State. While the scope of the ‘mission’ is as yet limited to air attacks in Iraq and to training local Iraqis and Kurds, history would indicate that this ideal situation (attacking, but little threat of being attacked) will be short-lived.

From advising the South Koreans in the early 1950s, the South Vietnamese in the 1960s, the Northern Alliance in Afghanistan and the Kurds under Saddam Hussein prior to 2003, conflicts that powerful nations see as vitally important have a way of taking much longer than predicted and necessitating large troop deployments. So don’t be fooled into thinking that the troops will be home by Christmas.